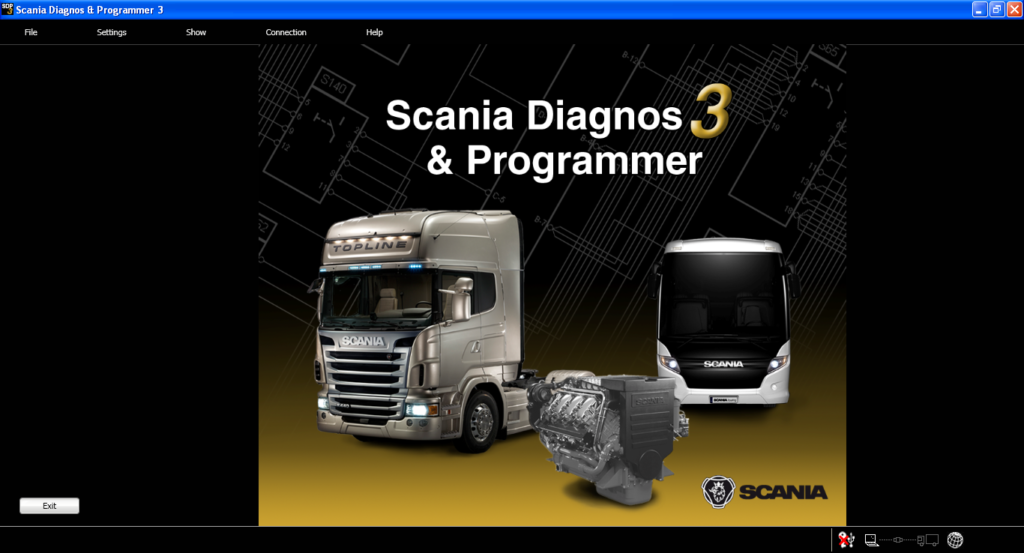 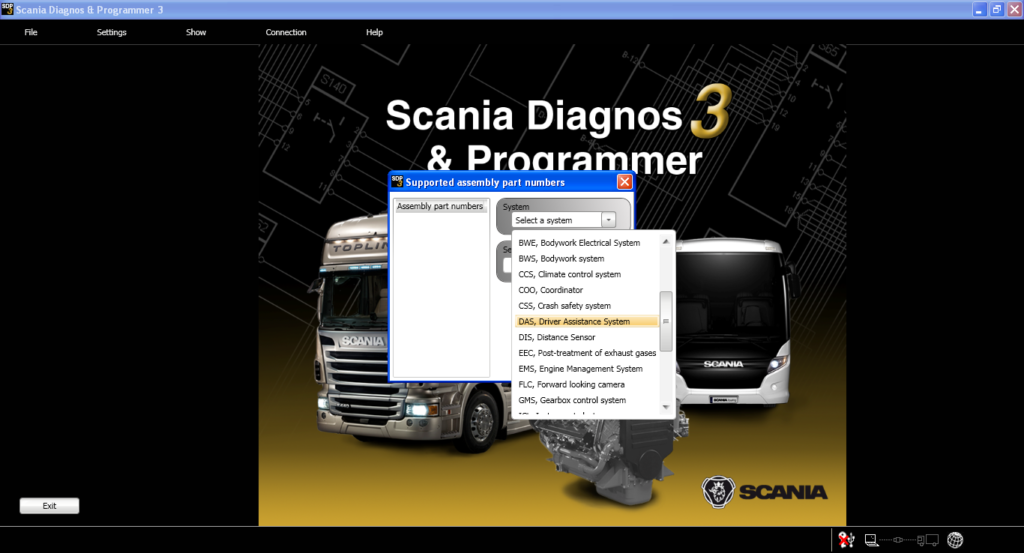 Microsoft .Net Framework 4.6.2 must be installed.

Scania SDP3 2.31.1 features:
Function view
By using the search box at the top of the window you can now search directly in the function view. You can choose to search in the Adjustment, Check or Calibration tab.

Note: As from SDP3 2.31, the dialogue box is no longer available for use if you are connected to a job type.  Scania CV AB 2017
Communication troubleshooting
• The  instructions& solution for communication errors has been updated. You access the document via the Help menu.
System specifications

CUI –Infotainment system
• Support resume an interrupted download of software has been introduced.

COO – Coordinator
• The new guide verify and check switch modules in the steering wheel according to the version and the vehicle’s SOPS file.
EMS – Engine Management System
• Vehicles with the S8 engine control unit have previously lacked support for Default setting of power take-off adaptation. This has now been rectified.
• The Spark check guide has been removed for vehicles of the P, G, R and S series with Euro 6 gas engine. As the support in SDP3 has been improved, the guide tool is no longer required. Instead, use the Electrical system view for troubleshooting.

RES – Rechargeable energy storage system
• For the sake of clarity and uniformity, the hybrid battery has been changed to propulsion battery in all instances in SDP3.

TMS – Transmission management system
• New parameters have be added to TMS2:
o Clutch monitoring
o Downhill speed control with active prediction
o Reduced use of the clutch (new values)  Scania CV AB 2017
• After a product update of the transmission management system, the Accelerometer adaptation must always be run. It now starts automatically after an update of the control unit.

CMS – Chassis management system
• A guide for bleeding control circuit 2 has been implemented.
• Circuits, I/Os and the functional description of differential locks has been improved.

To work with Scania VCI2: can support vehicles after the year 1995:

trucks, buses and other heavy vehicles, which produces the corporation Scania

In short, Only hardware difference, they can use the same software
Scania vci 3 diagnostic tool highlights its high-speed WI-FI connection